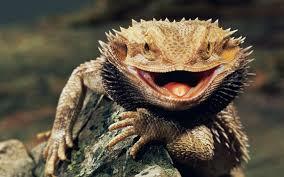 I began my teaching career in 1999 at Hawthorne High School where I took over a maternity leave position and taught Honors Biology I, General Science, and Practical Life Science.  The following year, I joined the Bogota Buc family at the Jr/Sr High School.  Over the course of my tenure, I have taught: 8th-grade Health, Biology I, AP Biology, Anatomy and Physiology, Forensics, Nutritional Science, and Engineering.

I became the Department Chair in 2010 and have since assisted the district in curriculum development, new course creation, mentoring of new staff, and budgeting.  In 2007, I began my coaching career as an assistant coach for boys and girls Track and Field.  I became the Boy's Head Coach in 2011.  Under the tutelage of myself and the supporting coaching staff, the Boy's won a County Championship in 2013.  I specialize in coaching long jump, triple jump, and sprinting, but I have also coached distance and dabbled in weight events. I have coached close to a dozen League and County champions in the Long Jump and Triple Jump, several champion relay jump teams for both boys and girls, and a Sectional and State Champion in Triple Jump.

In 2021, I became the advisor of the Middle School Anime Club.